Before using any of anxiety relief techniques it’s good to know (at least) 3 things:

1. Your anxiety relief techniques need to address anxiety at a deep, unconscious level. 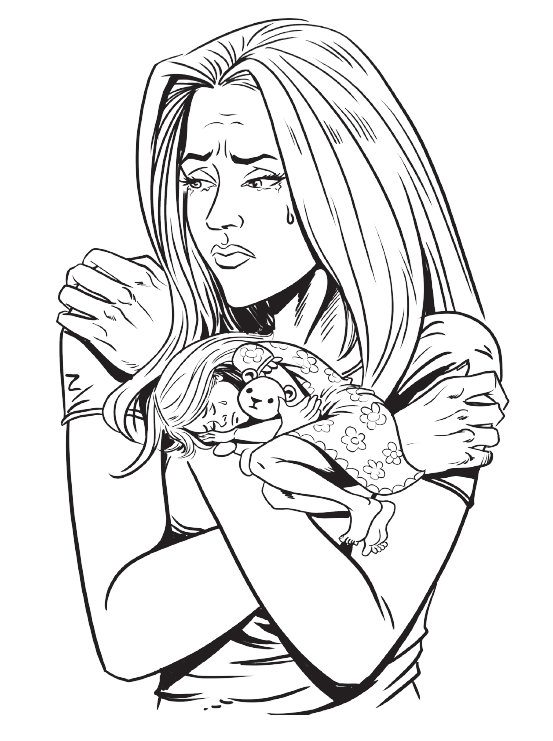 This is important because, while we have no control over the unconscious itself, it is in charge of the whole game.

When we reach into the unconscious and begin ‘‘rewriting’’ its emotional content, we comfort the hurt, scared, angry child within us, and this provokes unconscious resistance.

People say they want to change, but at this level, this is simply not the case.

The unconscious mind does not want this because its primary job is to keep us safe, and from its viewpoint, safety lies in the familiar.

So what is familiar?

What we experienced long ago and have long since grown accustomed to. To the unconscious mind, health and safety lie in continuation of the known, even if what is known is utterly problematic and unacceptable to you.

We are trying to liberate ourselves from the childhood fears that run our lives, while our subconscious mind clings to those very fears as the only thing it knows.

We have to keep this in mind if we want to succeed in making real changes using anxiety relief techniques. Changes must always proceed from the inside out.

Real change must occur at the subconscious level of our personality, as only at that level can change be lasting and, therefore, real.

On my web page I will be introducing you to the technique of tapping, which will help you deal successfully with unconscious resistance whenever it comes up.

Among other anxiety relief techniques, you can also use so-called affirmations.

Affirmations are positive thoughts that are either repeated out loud, read, or written down. The idea is that, by intentionally using these ideas, we influence our thinking and, consequently, our lives in a positive way.

For example, we might look in the mirror each morning and say to ourselves:

‘‘I have a great relationship with my family,’’

Such affirmations are always stated in the present tense and describe the life we want, rather than the one we actually have.

We may repeat the phrase ‘‘I am happy and healthy’’ over and over to ourselves, even though we are in fact sick and miserable.

This means that we are repeating statements to ourselves that, although untrue as such, represent our wishes.

In this way, we hope to ‘‘reprogram’’ the mind to accept them and thus prepare the way for their eventual realization in our lives.

If you read about anxiety relief techniques in self-help books, you are bound to encounter a number of authors who report success in changing unconscious beliefs through the use of affirmations. They will advise you to choose a new affirmation and then write it down and re-read it every day until it gradually becomes part of you, thereby creating a new identity.

This only works for a minority of people.

These are people who already have a healthy and solid sense of self, and for whom life is basically already going well. The thing about such people is, they do not usually need to be reading self-help books in the first place.

In stark contrast are those who are so emotionally wounded and whose inner conflict is so severe that they cannot help but be very interested in making significant changes in and to their lives — not next month or next year, but right now.

These are the ones who devour books on personal growth and are prepared to try anything that holds out some promise of relief.

They are also the ones whose emotional pain is so overwhelming and so deeply buried that affirmations simply do not have the power to penetrate it.

Such people have been carrying this hurt around since childhood, and before anything else, they need help to return to the place where the hurt is stored, open it up, and cry the pain out.

They may also process it in some other way, such as through the

In any case, it is only once that hidden pain from childhood is freed that the deeply-anchored negative beliefs behind it can be released, and only then can positive affirmations be used with success.

A similar thing happened in my own case when I began flirting with personal growth and wanted to make a change in my life.

I had a mentor, and together we composed a few positive affirmations which I then recorded so that I could listen to my own voice say things like how I was good enough, that I would be successful, that I was safe, and others I no longer remember.

However, I do remember listening to my own voice every evening at the seaside with no effect whatsoever on my emotional state. It was simply one of the first steps I took to see if it would help, and when it did not, I continued my search elsewhere.

3. How to use tapping as anxiety relief technique

Over time, I discovered tapping and it quickly became clear that I could release my sadness through guided tapping.

I cried listening to recordings of my guided sessions, and in the end I found myself feeling much better — smeared mascara and all. I could now feel that I was good enough as I was...

...and that I could be successful, safe and happy. From then on I would practice tapping for perhaps half an hour or so, enough to feel relief.

Three weeks after beginning, people started asking what was going on with me. They sensed I was becoming more self-confident, and I knew it too.

That was only the beginning.

Once we liberate our pain with tapping, it makes its presence felt on the outside as well. Many people’s faces become lighter. Often when I would first meet new clients in my therapy practice, their faces would make them seem as if they were tired of life.

In summary, when using anxiety relief techniques, the most important thing is to deal with limiting subconscious beliefs and emotional pain from the past. This is the only way to permanently eliminate anxiety. This process can be time consuming and complicated, with the help of a trained EFT therapist, you can truly achieve inner peace and confidence in yourself within three months.