Panic Disorder Fact No.1: It is Misunderstood by Most of the People 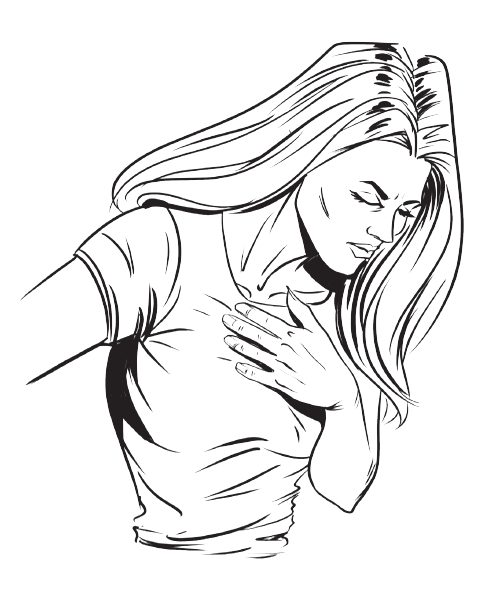 One of the panic disorder facts is that it is poorly understood or misunderstood by most of the people. although it is a very common anxiety disorder.

It is often interpreted as overreaction to a feared event or a person inability to control reactions to stress.

But this is not the case.

A panic attack can be described as a comprehensive emotional nightmare.

2. Women are Approximately 2 Times as Likely to Develop it

There are some interesting panic disorder facts if focused on prevalence and comorbidity:

Panic disorder is approximately prevalent in

Women are approximately 2 times as likely to develop panic disorder compared to men.

3. 24.1% of Women with Panic Disorder Were Sexually Molested or Abused

Image by Ulrike Mai from Pixabay

Panic disorder usually starts to develop in adolescence and in early adulthood. On average one person suffers 2.2 years from panic disorder.

Of those people who suffer from panic disorder,

reveal a history of being sexually molested or abused.

It is interesting to see in which age group panic disorder gets most expressed.

The research made in the United States reveals that

Whilst panic disorder typically occurs in adults it can also affect children.

5. It Runs in the Family

More than 90% of first-degree relatives or probands who suffered from panic disorders also had an affective disorder diagnosis, which indicates that panic disorder runs in the family.

A proband is the first in the family line who can develop a certain mental disorder.

The most common combination of disorders is panic disorder and major depression.

It is very important to maintain normal day and night rhythm because it helps to reduce the amount of panic attacks.

The fact is that people who sleep too little or go to bed too late are prone to worry more.

The more you worry about having another panic attack the bigger are the chances of having one.

Up to 30% of people with panic disorder misuse or abuse alcohol, 17% of the people abuse drugs, and up to 20% attempt to commit suicide.

8. It Can Lead to Social Impairment Which is Greater Than That of a Major Depression

Between 50% and 75% of people with panic disorder are trying to avoid certain places and activities which they interpret as possible triggers of the attack.

That kind of reasoning and behavior can lead to social impairment even greater than that of a major depression.

9. 90% of the People Can Recover Greatly

At the end of the article we are satisfied to offer good news: panic disorder is a highly treatable condition.

With the right treatment or combinations of therapy,