In the following article we are going to talk about panic disorder medications that are usually prescribed to reduce symptoms associated with this type of anxiety disorder. 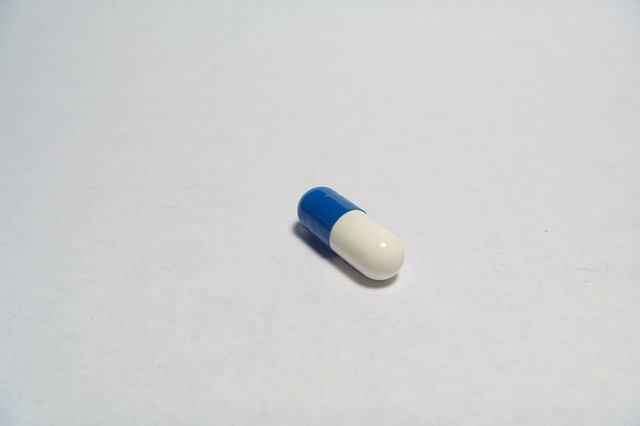 Image by Jake Smith from Pixabay

This kind of medication can also help to decrease your overall feelings of anxiety, and potentially treat depression.

Panic disorder medications can temporarily control or reduce some of the symptoms of disorders, but they do not resolve the health issue.

They can be useful in severe cases, but the treatment, in order to be effective, should be combined with other treatment methods, such as different therapies and lifestyle changes.

The medications to treat panic disorder include antidepressants and anti-anxiety drugs. It’s important to be aware of the fact, that if a doctor recommends an antidepressant, it doesn’t mean that he or she thinks you are having a depression. Antidepressants work by altering one or more of the chemical messengers in the brain called neurotransmitters.

There are many different types of chemical messengers that are communicating between brain cells.

Medications for panic disorder are classified or fall into one of two categories: antidepressants and anti-anxiety drugs.

They were introduced in the 1950s and were primarily used to treat mood disorders, such as depression and bipolar disorder.

Later studies have shown that antidepressants can effectively help to reduce anxiety, lessen the symptoms of panic and they can contribute to a decrease of the intensity and frequency of panic attacks.

Nowadays antidepressant medications are used to treat many anxiety disorders including panic disorder and agoraphobia.

Antidepressants are broken down into four main categories:

1) Selective Serotonin Reuptake Inhibitors or SSRIs are a popular class of antidepressants prescribed with a purpose to decrease symptoms of anxiety and depression.

They work by increasing the level of serotonin, a naturally occurring neurotransmitter in the brain.

They are generally safe with a low risk of serious side effects. SSRIs include

2) Serotonin-Norepinephrine Reuptake Inhibitors or SNRIs are another type of antidepressant.

SNRIs work on both serotonin and norepinephrine levels in the brain, both are chemical messengers involved in the body’s response to stress.

They are one of the most widely recommended medications for panic disorder with a low risk of side effects. Examples include Effexor® (venlafaxine) and Cymbalta® (duloxetine).

Some of the doctors can also prescribe so called Beta-blockers which treat the physical symptoms associated with panic attacks.

Even if they haven’t been approved to treat panic disorder their function is to prevent adrenaline from reaching the heart’s beta receptors and making the heart beat faster and they help to lower blood pressure.

There are also some other antidepressants available which mostly work by stabilizing serotonin or norepinephrine.

Anti-anxiety medications or tranquilizers are prescribed due to their fast-acting relief of panic symptoms and sedating effect. They help to relax the central nervous system in order to lower the intensity of panic attacks.

1) Benzodiazepines: they are the most commonly prescribed type of anti-anxiety medication that helps to reduce the severity for panic disorder. Due to its sedative effect, they can quickly (usually within 30 minutes to an hour) reduce panic attack symptoms and help someone to feel more relaxed.

They slow down the central nervous system by targeting certain receptors in the brain, inducing a sense of relaxation.

Benzodiazepines have been found to be safe and they can be used to effectively treat panic disorder, but there are some potential risks and side effects.

After the start of taking the prescribed medicine it can take several weeks to notice some effect and improvement in particular symptoms.

The chosen panic disorder medication may not work well for you, so the doctor can recommend changing it with another or combining certain medications in order to increase the effectiveness.

All medications have a risk of side effects and there are always certain situations, such as pregnancy, in which all of the antidepressants or anti-anxiety medications may not be recommended.

There are some people who also try to get some help from the alternative medicine.

It offers some herbal remedies or dietary supplements to treat the panic disorder but there is still more research needed in this field in order to understand its risks and benefits. Some of the products can interfere with prescription medications or can cause dangerous interactions so it is recommended to talk to your doctor before taking them.

CONDITIONS OF USE: The information in this database is intended to supplement, not substitute for, the expertise and judgment of healthcare professionals. The information is not intended to cover all possible uses, directions, precautions, drug interactions or adverse effects, nor should it be construed to indicate that use of a particular drug is safe, appropriate or effective for you or anyone else. A healthcare professional should be consulted before taking any drug, changing any diet or commencing or discontinuing any course of treatment.