Social Anxiety Definition - it is not About the Shyness 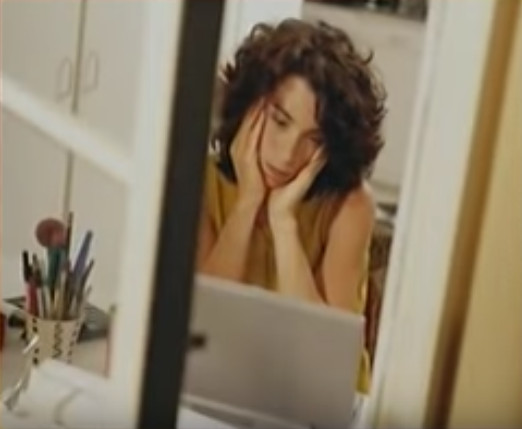 Why social anxiety definition is not (only) about the shyness although at the first sight it seems that social anxiety disorder, also called social phobia, is a simple case of shyness or a sort of nervousness. ?

When people suffering from social anxiety are involved in different social situations, they are constantly concerned about what others may think about them.

When there is a potential for other people to think bad things about them, they believe this is really going to happen.

They live in a fear that

The problem will continue, because as a result, they will start to avoid social contacts, social situations or events.

The other element that defines social anxiety disorder is the severity.

What is Social Anxiety Disorder? The interview with prof. dr. Murray B. Stein, MD.

We are talking about social anxiety disorder when severe shyness interferes so much with the things that people do or they would like to do in their future life but are not able to realize or perform them.

Because they might not speak that much, or they don’t seat down at the same table to eat the lunch together....

...people with social anxiety disorder can also be seen as loners or even snobs by others.

The truth is that they are absolutely terrified to engage to other people or to start a conversation with group of people they are surrounded by.

People with social anxiety disorder usually don’t have a big social circle and when it comes to dating, they can get satisfied with the first invitation to go out they will receive.

They think that nobody would invite them to go out again.

It can happen that they get married with the first person who crosses their way.

In some cases, the decision of getting married can be the right one, but there are also many unhappy marriages from which people with social anxiety disorder are afraid to escape.

They do not see any safe future outside of marriage.

In order to cope with the problem some people with social anxiety disorder start to drink.

The alcohol consumption reduces social anxiety disorder to some extent. The sad part of the story is that sooner or later they will start to have problems with alcohol abuse.

If we observe the brain activity and how the information is processed with the people who are suffering from social anxiety disorder...

... we see that some parts of the brain that are involved in emotion processing and emotion regulation called the limbic system seem to be overactive.

Where Does Social Anxiety Disorder Come From ?

When trying to understand where the social anxiety disorder comes from, one might see

Some cultures are more open, while others are more reserved.

No matter what differences exist between the cultures, there are still some people who are more open and have the ability to speak in some given social situation.

But - they are just not able to do so.

The rate of social anxiety disorder is the same no matter in which part of the world you are born in or raised up.

It is very clear that social anxiety runs in families, too:

If one of the parents suffers from this disorder, there is a big possibility that at least one of the children will have the same problem as well.

Half of the people who weren’t particularly shy when being kids, developed social anxiety disorder during their adolescence.

Adolescence is a time when we become more self-conscious and self-aware.

The other half of the people who are suffering the most severe social anxiety disorder later in their life, have been that way since they were children.

Social Anxiety May Leads Into Many Lost Opportunities

There are many lost opportunities:

Even if a person who has social anxiety disorder is talented...

...and could have a great career and had a positive influence on the world, having social anxiety disorder stops him from achieving for example an academic title or specific position in the company.

When those people realize that going to college involves meeting people and that there they will have to speak in front of the classmates or make different presentations, they decide they would rather not attend college.

Later in their’ lives, when they might seek for a help or treatment, they regret not doing it earlier because they see that their life could have been much different.